Eleni Labiri-Suzuki, 6th dan wado-ryu karate was born on 24th January 1963 in Chalandritsa, Achaia, Greece. She is best known as the wife of Tatsuo Suzuki sensei 8th dan Hanshi. Eleni started karate in Argostoli, Kefalonia in May 1984, attaining her 1st Dan in 1988. (the 3rd bottom left on the photo - Kefalonia, April 1986) 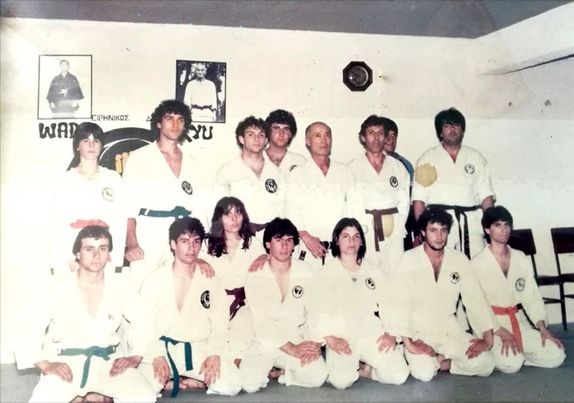 All of her Dan grades were awarded by Suzuki Sensei personally.


Eleni trained directly with her future husband who she married on 22nd April 1997. She participated in private training with him of 3 hours per day, 5 days a week, for 17 years (1994-2011). Between 1987 and 2011 she travelled worldwide with her husband participating in and assisted him at international training courses and seminars. Her training with her husband continued until his death in 2011 and she can lay claim to unequalled technical and teaching credentials.

Eleni now lives in Argostoli Greece, and travels to wherever she is invited to carry out seminars. She is always available for private tuition in person or online. Any interested person, club or organisation should feel free to contact her directly.

The Wado Ryu master whose teaching we all follow

The founder of Wado Ryu karate